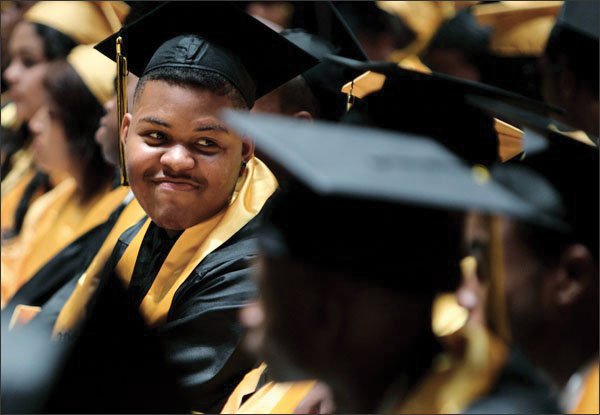 The Hartford Student Internship Program for the Class of 2021 began with a very different goal than the program’s previous seven years. Because of the pandemic, the ALL IN! Coalition directed resources away from students already on track for post-secondary education to those students without a plan. The program’s goal was to help Hartford Public Schools (HPS) seniors graduate with a post-secondary plan and placement, but as the pandemic persisted, it became so much more.

Yes, students without a post-secondary plan were given skills and interest assessments and offered workshops to prepare them for the world after high school.  Staff from community organizations such as Capital Workforce Partners (CWP,) Blue Hills Civic Association (BHCA) and Center for Latino Progress (CLP) addressed barriers to planning for college, career, trade school or the military. But the staff also asked students what they needed and connected them to those resources, including food, mental health support and other assistance, says Sashauna Stewart, youth employment coordinator with CWP. By addressing obstacles first, the community organizations’ staff built trust with students, she says.

HPS schools were closed to in-person learning from the start of the 2020-21 school year until April, and programs to replace the free breakfasts and lunches were not reaching all students who needed the food. (Nearly 75% of HPS students qualify for free- and reduced-price meals.) The teens were trying to learn from home while coping with grief and loss, helping their younger siblings with their learning and facing their family’s financial and health challenges. It wasn’t part of the original plan, but community organizations’ staff saw the need, partnered with food pantries and delivered food along with the workshop information, Stewart says.

“Mental health for our students was a priority. We made sure that was addressed in some of the sessions,” she says.  Staff worked with The Village for Families & Children to get students mental health check-ins, she says. “I think that played a huge part in our program being successful.”

The partners from BHCA, CLP, CWP, HPS and Achieve Hartford set a goal of launching the program in January and reaching 300 students from the priority high schools – Bulkeley, Hartford and Weaver. COVID-19 presented roadblocks, so the program didn’t launch until late February. Student interest trickled in, so the team made adjustments, opening the program up to all HPS students in May, Stewart says.  The financial incentives offered for enrolling and attending workshops attracted some students, while others signed up after someone with whom they had a relationship from a community-based organization or their school referred them to it.

BHCA and CLP became more resourceful and creative. Once schools opened, only a small fraction of students returned to in-person learning, and all but students and staff were barred from schools, says Kim Flint, programs manager at CLP. They were trying to engage some of the same students with chronic absenteeism who couldn’t be reached by school system staff, she says.  So, community workers set up activity tables outside the schools before and after the school day to recruit seniors to the program, Stewart says. They hosted weekend block parties and attended schools’ field days and community days. When texting, emailing and calling didn’t net results, they went door-to-door.

Every senior has a Senior Seminar teacher, so staff met with these teachers to coordinate video conferences during the Senior Seminar class period, all designed to recruit seniors into the program.  “For all the barriers that were in place, I think it went really well,” says Stewart.

An external agency is evaluating the data collected from the pilot year to assess aspects of the program, such as how students participated in workshops and in which career pathways students were ultimately placed, says Paul Diego Holzer, executive director of Achieve Hartford. The Coalition plans to look at results and redesign the program for launch this fall and engage students earlier in their senior year. The Delta-variant-caused COVID uptick could force hybrid or remote learning this year, so the team is planning for all scenarios.

“The rising seniors just experienced two school years disrupted by the pandemic, and it’s not over,” he says. “We expect to take an all-hands-on-deck approach to help the students who need it most.”

“There’s so much to build on,” Holzer says. “Strong relationships have been developed between the program staff, school staff and among the partners within the ALL IN! Coalition.”