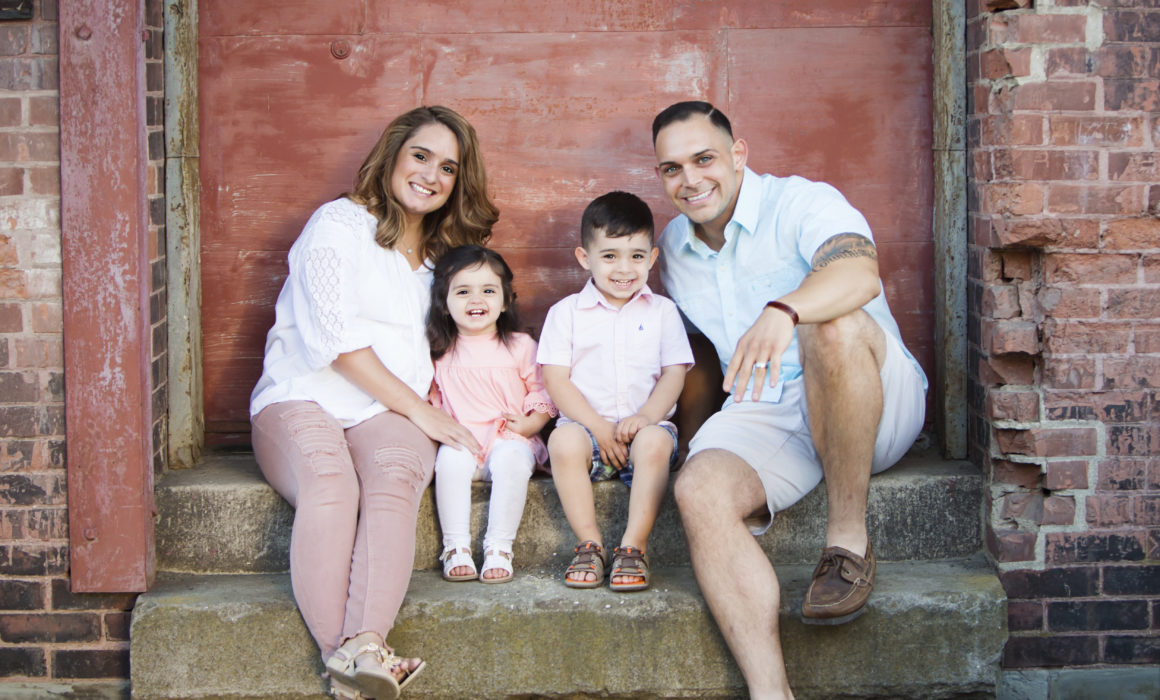 Sometimes, we look at the problems around us and feel powerless to do anything about them. It’s at that time we should get into action, because we all have something to give. This month’s profile of a local private-sector volunteer is all about action and, just like you and me, he cares deeply about his community, especially historically marginalized people.

Kevin Timbro began volunteering with Hartford children within a few years of graduating from college, and now, with a wife and three children under age 5, he remains passionate about lending his skills to help Hartford Public Schools students achieve. He’s just not sure what that will look like this fall, as it’s still unknown whether coronavirus will prevent students from returning to school. Either way, he knows they need support.

“I do believe there is a lot of opportunity to help students out through a virtual or digital realm,” he says. “Distance learning is going to be the new norm. I don’t think the education system knows what it’s going to look like – you can’t socially distance kids,” he says. “It’s not something that is doable.”

His employer, UnitedHealthcare, has a partnership with High School Inc. and is open to its employees volunteering during the work day, he says. Long before coronavirus, Timbro reached out to his company’s coordinator to express his interest in volunteering, and soon he found himself serving on the advisory board for High School Inc. and enjoyed the experience.

When staff at Achieve Hartford approached him to participate in one of the ALL IN! Coalition action teams, he welcomed the chance to work alongside nonprofit leaders to support students.

“I loved the idea of the private sector coming into the school on a regular basis and working with the teachers,” says Timbro. “I didn’t want to come in and make a statement like, ‘I know what’s needed.’ I wanted to say, ‘This is your school. How can I assist in this advisory program and partner with you?’ The teachers were super receptive to that.”

As co-chair of the ALL IN! Coalition’s High School Advisory action team, he took on the task of scheduling and leading meetings and taking notes. He was the only corporate member of the action team, and he found that, whether they represented a nonprofit organization or education, “everybody was on the same page in regard to the need.”

People were so committed in their common purpose that they worked well together. “You could actually get stuff done,” he says.

He doesn’t think online-only learning will work for many HPS students, he says. “Everything needs to be working toward getting students back in the building.” He earned his master’s degree entirely through online classes, but it took extreme discipline to carve out time for attending class, studying for tests and writing papers – discipline he didn’t have when he was a teenager, he says.

Before coronavirus, when students were physically in school, he witnessed the impact face-to-face meetings can have. For example, a private college financial aid officer spoke to the freshmen, sophomores and juniors about financial aid and told them that if their grades are high enough, they could qualify for need-based scholarships that would cover most of their tuition.

“This was one of the most powerful sessions we organized for students. The students were unaware of this concept,” Timbro says. “This helped drive home the point to underclassmen the importance of doing their best from the start of high school.”

Despite the fact that he’s a 31-year-old white guy from Middletown, Timbro says, “the students have been very receptive to things I’ve shared.”

While serving on the High School Advisory action team inside Weaver High School, the team recruited leaders from Morgan Stanley, which has an alumnae mentorship program. Several Hartford Public Schools alums – college students and college graduates in the workforce – served as mentors who came in during students’ advisory period and helped with college applications and answering questions.

In what seems like almost constant change in Hartford, the action team faced challenges. “I do think there can be a tighter collaboration between the private sector, public sector and the board of education,” he says.

But that’s not discouraging Timbro from serving on another ALL IN! Coalition action team in the future. He knows his skills as an executive can be helpful to sourcing and organizing programming for students. The High School Advisory action team was a good start and helped some students, but this work is going to take time, effort, many hands and many years.

“As long as we’re making progress,” he says, “then it’s beneficial.”

He’s hoping there will be a greater call on the private sector for tutoring support, college application guidance and internships, even during these social distancing restrictions. “I think this pandemic has set us back 12 to 18 months. We don’t know what we’re going to do next,” he says. “All of the obstacles, hurdles that were in place prior to Covid-19 have to be put to the side, and we have to work through this pandemic fully before we start to address those hurdles.”

For example, the racial injustices Hartford students face can’t be ignored and should be addressed in a public forum and in the private sector, Timbro says. “Racism isn’t new. We’re just seeing it being caught on camera.”

The ALL IN! Coalition’s work focuses on addressing institutional, systemic discrimination by providing Hartford students with at least some of the scaffolding in place for white students.   “The main priority here is to start having the conversation, and if nobody has a conversation, no change is going to happen,” he says. “What does that look like? I can’t give you an answer.” But that’s not going to stop Timbro  from finding ways to volunteer and support students he knows have been marginalized, with whatever time he can spare.